As we acknowledge and, indeed, celebrate the 200th anniversary of Frankenstein; or The Modern Prometheus in 2018, it is abundantly clear just how significant and fertile Mary Shelley’s daring text remains in our contemporary imagination. Of course, scientific practice has little in common with what Viktor Frankenstein was doing: science today is (supposed to be) transparent, not secret; social, not done in isolation; careful and well-regulated, not chaotic and lawless. But just as Viktor sought to overcome the apparent limits of knowledge and practice and to bring to life something truly novel, so too are scientists today similarly engaged.

Biologists, bioengineers, and roboticists are rapidly populating the biosphere with all kinds of novel creatures. Gene-editing technology enables de-extinction of extinct animal species, and same sex mice can now have offspring, for instance. But animal biotechnology always races ahead faster than research involving humans or human materials. Even so, most biomedical research institutions house mice expressing human genes. Many labs conduct research with rodents or pigs or non-human primates with cell populations derived from human stem cells. Human pluripotent stem cells have been used to create “organoids”, three-dimensional in vitro models of human tissues and organs, and bioengineers can grow human organs in the lab. Developmental biologists now have the technical capacity to culture human embryos in vitro beyond the usual two-week limit imposed more than three decades ago for ethical reasons. Despite the potential for improvements in human health, it is no wonder that some people fear the efforts and products of what are perceived as modern-day Mr. Frankensteins apparently violating the sanctity of – especially human – nature.

Should we be afraid of these novel creatures, or their creators, or neither or both? Frankenstein provides some insight into how to respond. A mere teenager when she wrote it, Mary Shelley had already endured a good birth and a hard life, and her tale of Viktor Frankenstein’s efforts to overcome the finality of death by reanimating organic matter reflects elements of her tortuous life journey. None of the main characters in Frankenstein lives well. Everyone suffers, Viktor’s unnamed and unloved creature perhaps most of all. I wonder, along with the Black Eyed Peas: where is the love?

That the creature is unloved goes without saying. But is he unlovable? After all, he is rejected and fully abandoned by the only father he’s ever known just seconds after Viktor brings him to life:

I saw the dull yellow eye of the creature open; it breathed hard, and a convulsive motion agitated its limbs. How can I describe my emotions at this catastrophe, or how delineate the wretch whom with such infinite pains and care I had endeavoured to form? … I had desired it with an ardour that far exceeded moderation; but now that I had finished, the beauty of the dream vanished, and breathless horror and disgust filled my heart. … I had gazed on him while unfinished; he was ugly then; but when those muscles and joints were rendered capable of motion, it became a thing such as even Dante could not have conceived.

Viktor hereby rejects and abandons the creature as a “hideous” wretch, a “miserable monster”, “a daemon” (pp. 43, 125). From this moment onward, things go from ghastly bad to bloody worse. The creature is widely loathed by everyone, and he responds accordingly.

Of course, the creature’s life could have been very different. For instance, Viktor might have embraced his figurative offspring rather than running scared; or he may have demonstrated even the most basic concern for the creature’s well-being; or he may have followed through on his eventual promise (made under duress, to be sure) to build a companion for him so that the creature could finally experience love. Viktor did none of the above. Instead, Viktor reviled, neglected, and defied him to the end. And so did everyone else.

Granted, on any of these plot twists, Frankenstein might not have been an archetype of gothic horror, and likely would not have been impactful either in 1818 or today. As my colleagues and I write in the Editors’ Preface to our bicentennial re-issue of Frankenstein (Guston, Finn, and Robert 2017):

In writing Frankenstein, Mary produced both in the creature and in its creator tropes that continue to resonate deeply with contemporary audiences. Moreover, these tropes and the imaginations they engender actually influence the way we confront emerging science and technology, conceptualize the process of scientific research, imagine the motivations and ethical struggles of scientists, and weigh the benefits of scientific research against its anticipated and unforeseen pitfalls.

So let us think of the story not in terms of what Viktor should have done, but rather in terms of what we should be doing and thinking about and feeling, as we face the introduction of novel creatures and ways of being in biology, bioengineering, and beyond. I am thinking here not only of the creators of such creatures, but also of the rest of us as patients, as critics, and, ultimately, as citizens.

Another important anniversary is on the horizon: Masahiro Mori’s notion of the ‘uncanny valley’ turns 50 in 2020. With its roots in robotics, the uncanny valley captures the sense of discomfort, even repulsion, when an entity that is not “natural” behaves or appears to behave as if it is. A special uncanniness comes with human-approximation: the more aesthetically human a robot is, for instance, the more discomforting. But fully organic creatures can be uncanny, too, especially when approximating humans: “unnatural naturals” such as human-pig chimeras or synthetic human embryos are, or may often be, uncanny and so discomforting.

As it happens, at least for biomedical research purposes, the closer the creatures are to humans, the better off we are, scientifically. Humanized mice or pigs can yield insights into human biology without the need for human research participation; synthetic human embryos can potentially alleviate the need for embryo-destructive research in the quest to understand human embryonic development. But the closer an engineered creature is to human – in appearance, function, and/or behavior – the more discomforting the creature, and often the more vehement the response to its creation in the first place or to its treatment once created.

Some will object to perceived violations of the sanctity of human nature being infested by the bestial; some will worry instead that if a creature (such as a chimeric mouse created by the transfer of human cells into an early mouse embryo) is 99.9% human, then we are obliged to treat it as if it were human and not as some dispensable tool for research. Either of these responses has considerable hold over many of us. The former response engenders the kind of reaction Viktor (and others) had to the creature: shun and run. But another reaction is possible, and it’s compatible as well with the latter response: love.

Consider briefly the work of sculptor Patricia Piccinini, work which is simultaneously discomforting and uncanny and yet full of love. Her 2003 exhibit, We Are Family, generated significant shock, fear, and awe when unveiled in Venice. One sculpture in particular, The Young Family, is especially striking.

Despite any repulsion you may feel, – what is this creature? Why does this creature exist? Who would make such a thing? – I implore you to witness how love is so sweetly displayed in this piece. And I invite you to try to identify with that love, even to feel that same love.

If that is too much to ask, perhaps this next sculpture, The Long Awaited from Piccinini’s 2008 exhibit Related Individuals, might serve to bridge the gap. Again, witness the love.

I appreciate that to love unnatural naturals, or even new synthetic or hybrid entities (humanoid robots, for instance), is not easy. Sometimes to love our families or friends is no easy task. But love actually is more civil, more productive, more dignified, more dignifying, and ultimately more human than hate. So, too, with care over fear. We must be responsible to and responsible for each other. Care and responsibility stem from love, however uncanny it may be. To quote the movie, “love actually is all around”. Thank goodness for that as we face our shared future: together.

We can reinvent ethics in terms of loving solidarity in relationship to others. We can reenchant science and engineering with humane values, and cultivate an ethic of responsibility for knowledge amongst the creators. Will this approach put us in better stead to deal with innovative bioengineering and reap the promised benefits? That is my hope, and without hope there is nothing.

Jason Scott Robert holds the Lincoln Chair in Ethics and serves as Director of ASU’s Lincoln Center for Applied Ethics and Dean’s Distinguished (Associate) Professor in the Life Sciences. His teaching and research are at the intersection of bioethics and philosophy of biology. His scholarship currently focuses on the justification of controversial research in the so-called translational pipeline from bench to bedside. He is co-editor of Frankenstein: Annotated for Scientists, Engineers, and Creators of All Kinds (MIT Press, 2017). 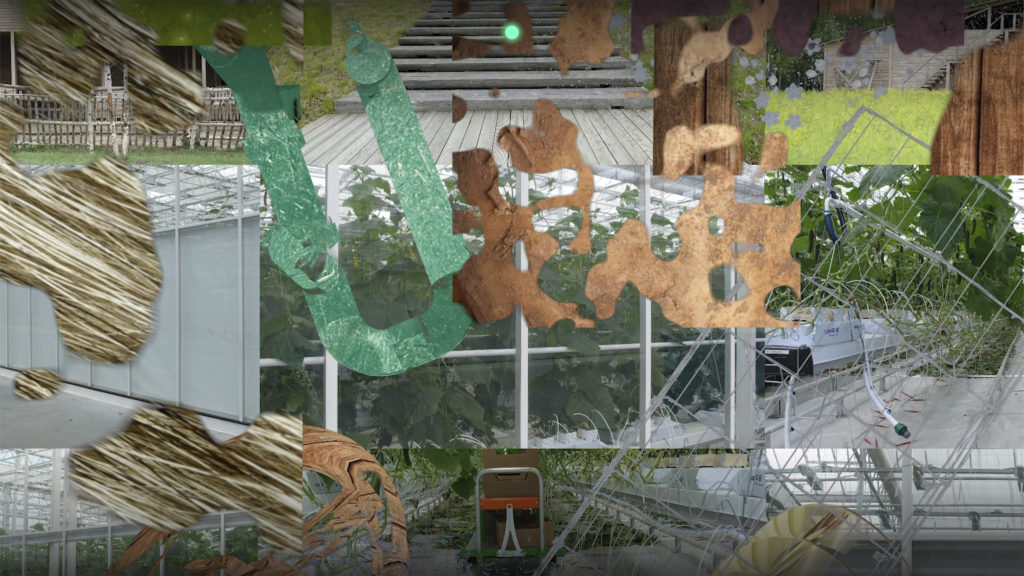 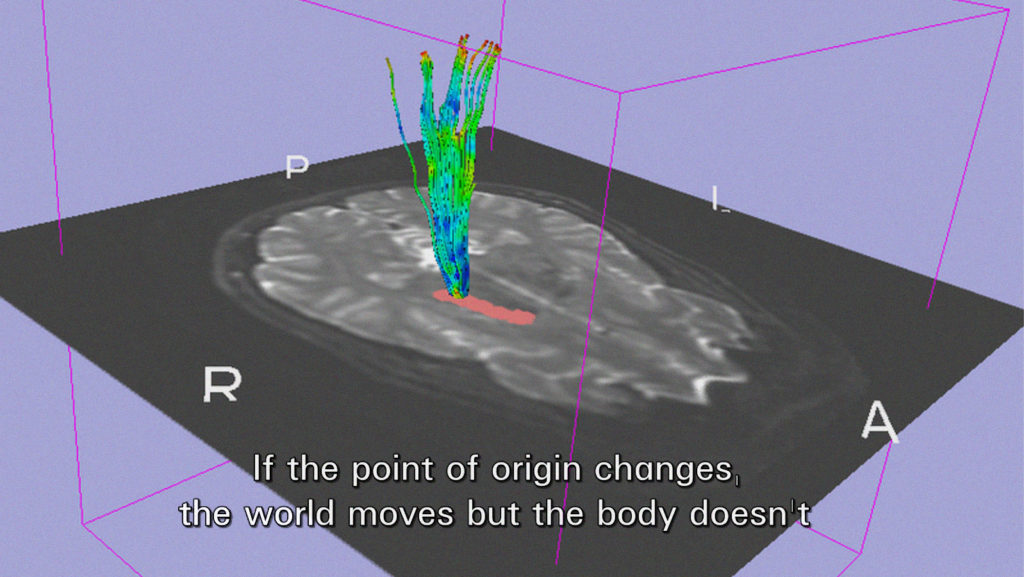 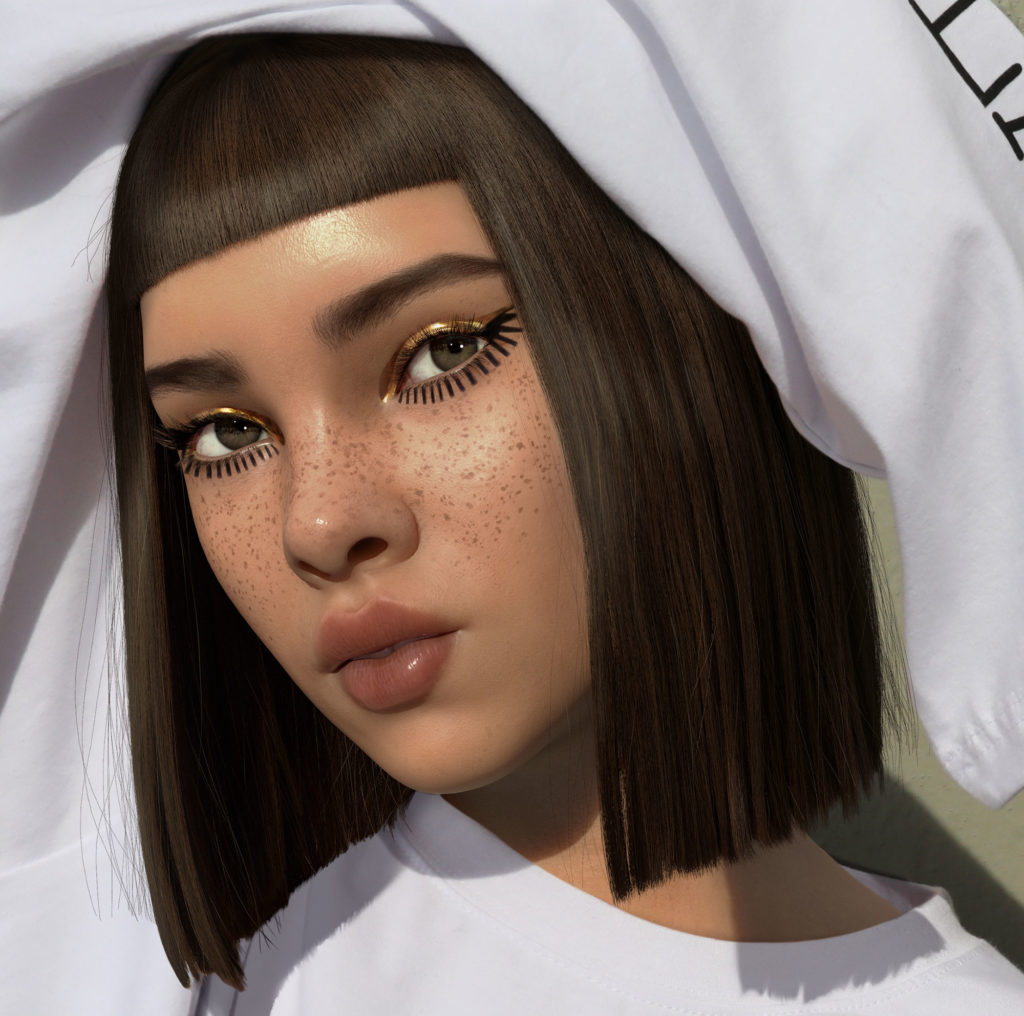 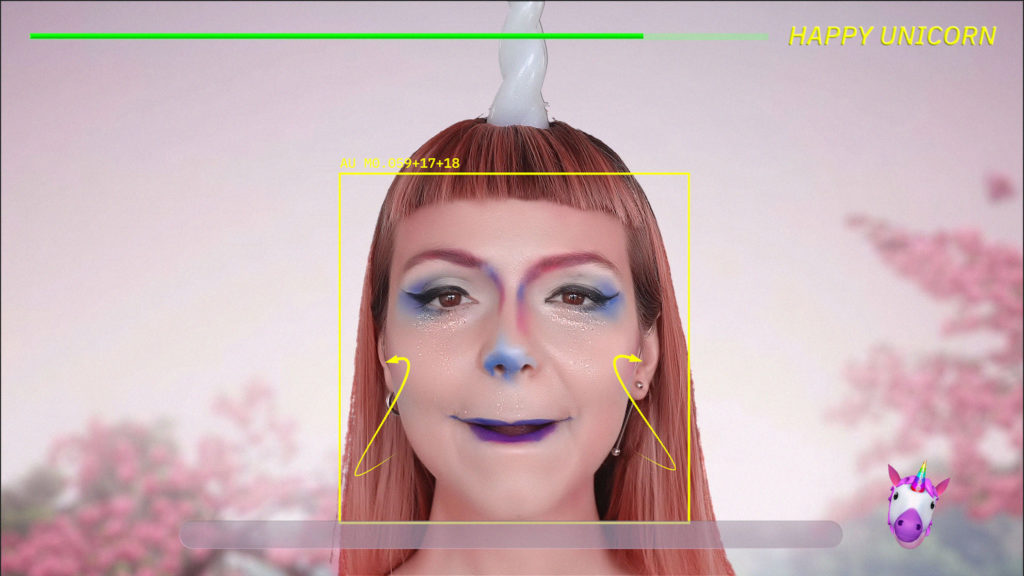 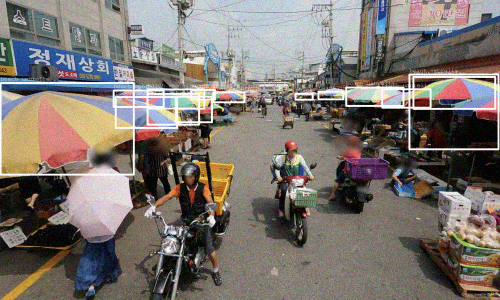 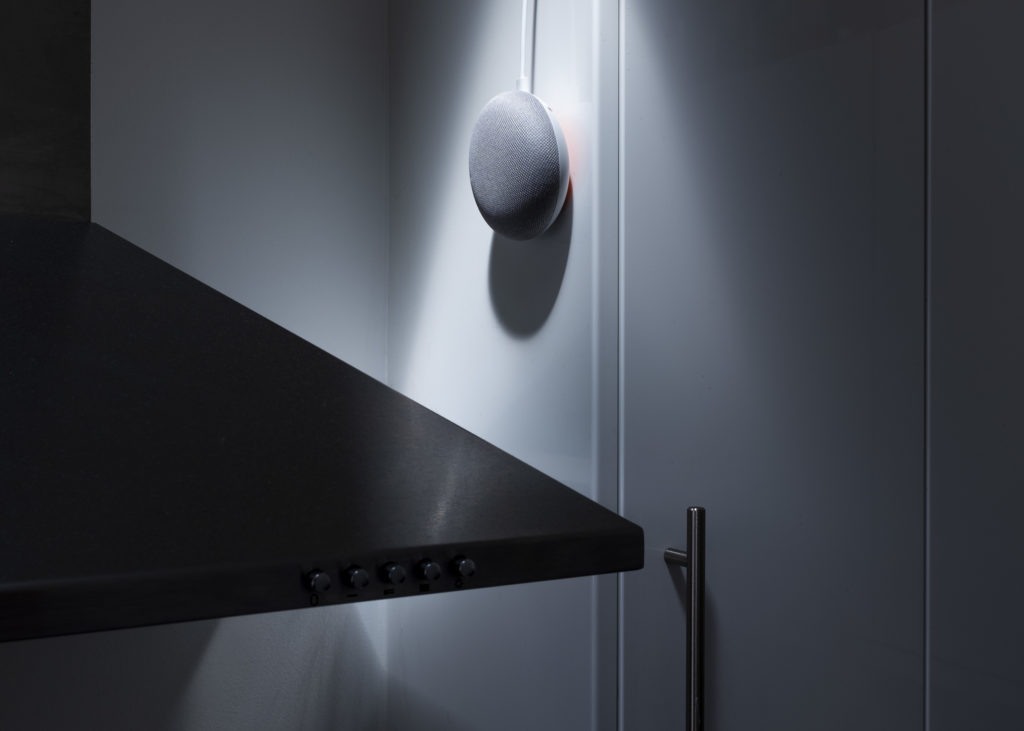 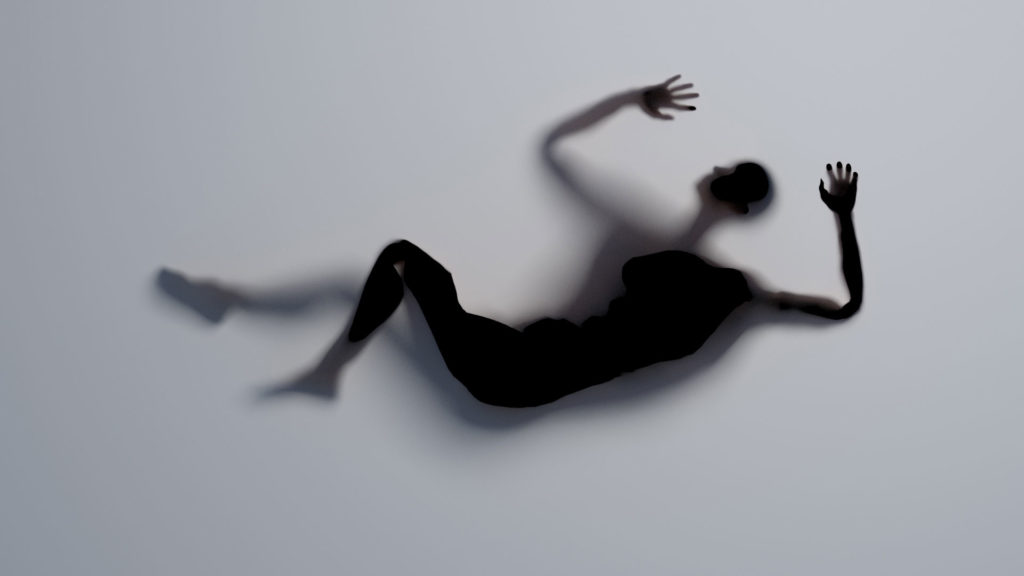 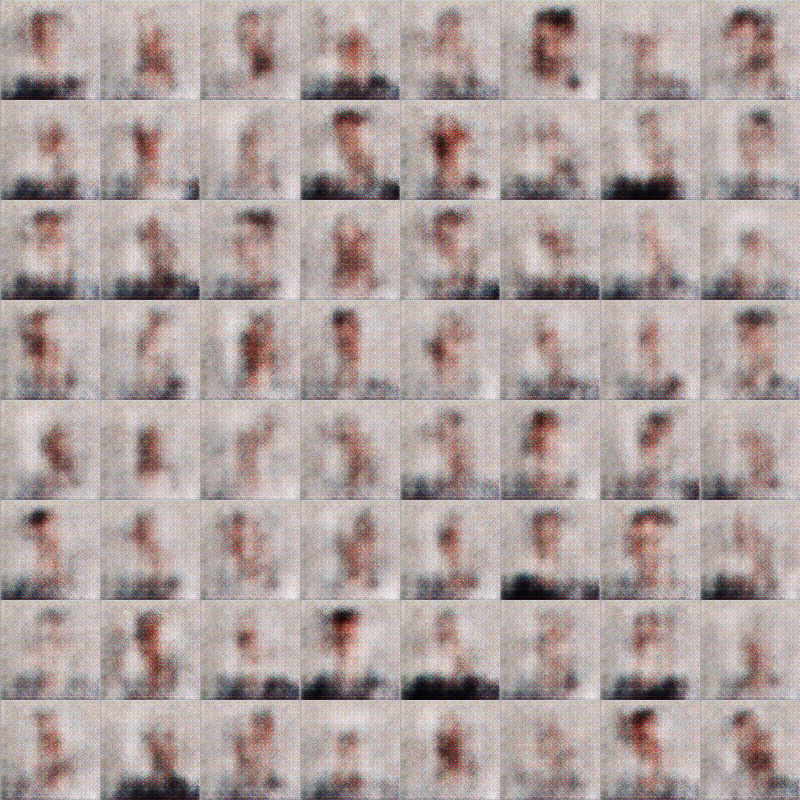 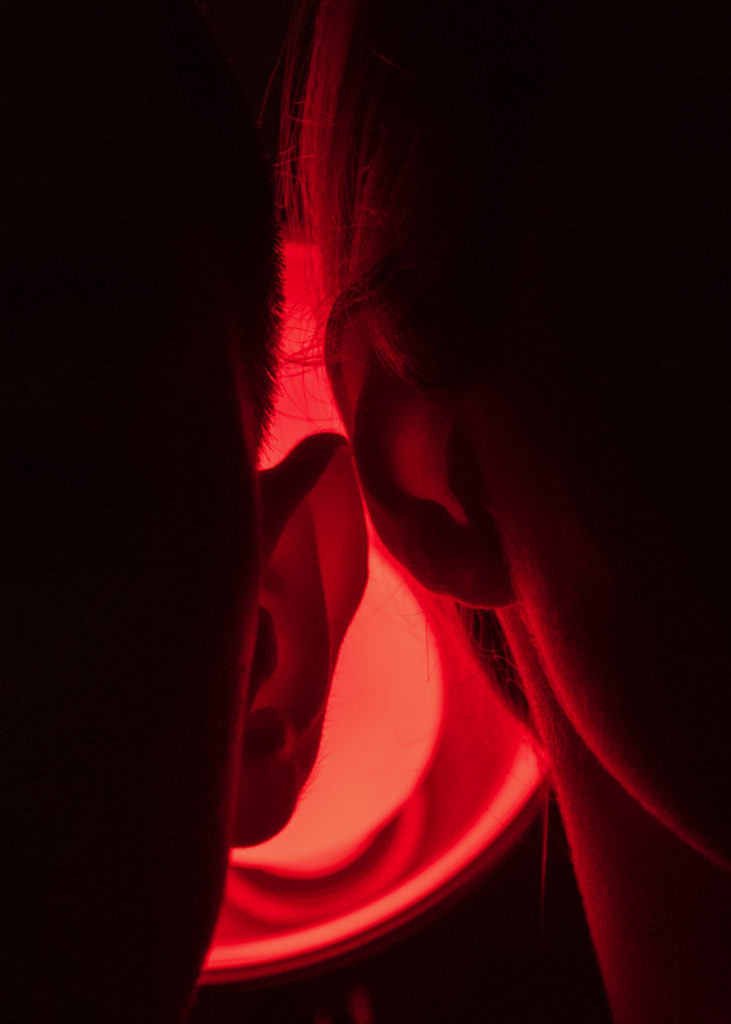 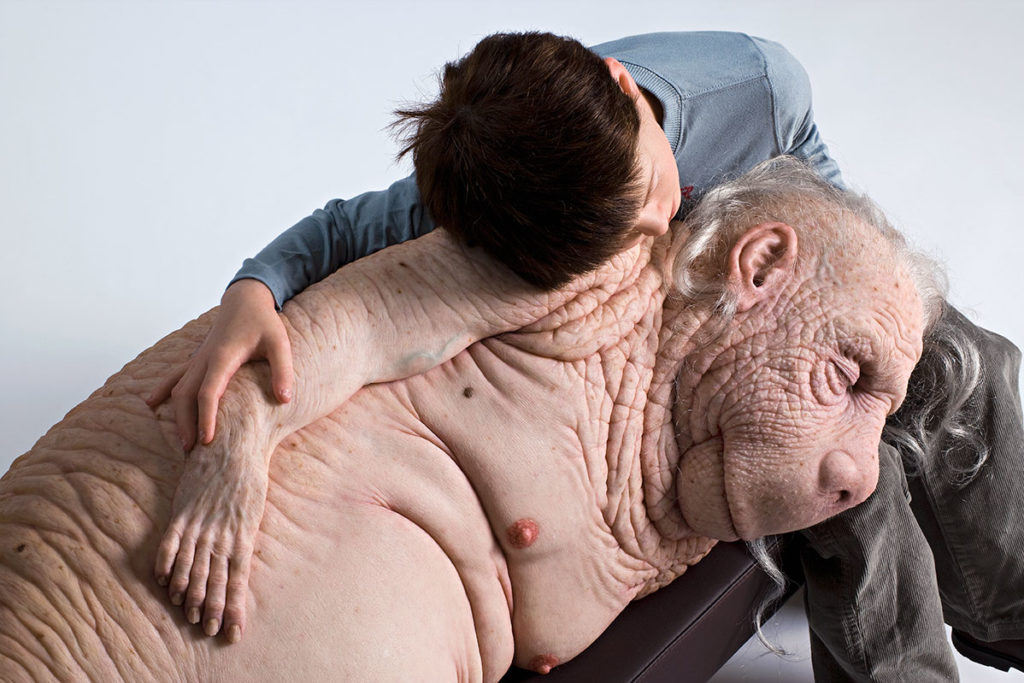 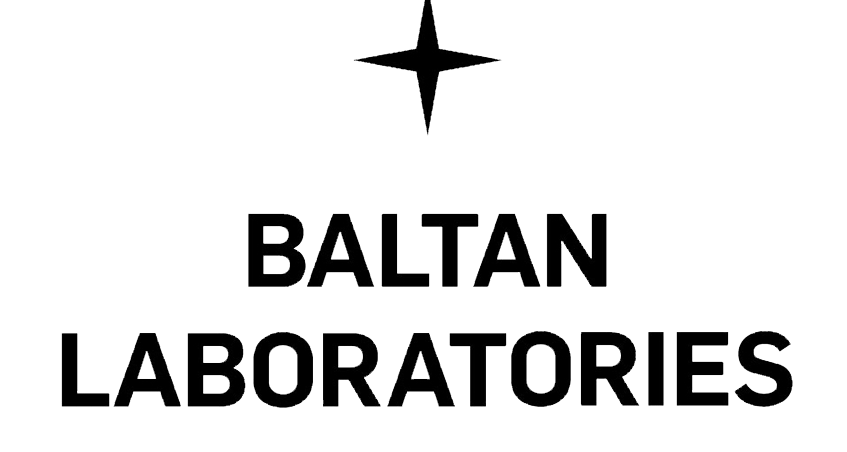