In Israel, the debate on safety has been present for decades. The Israeli-Palestinian conflict is one of the long-lasting and the most complex conflicts in the world. The situation in the region is becoming worse every day, making it harder for a diplomatic solution to occur.

In an area in which the need for safety and the fear of the ‘other’ is deeply rooted within society, rising solutions for the quiet state of panic can be both extremely innovative and dangerous at the same time. The community called Desert Ark has become a home for the new culture emerging from an alternative vision of security.

The community has created an alternative way of living and a new vision of security in a shape of a rock that is built of old tanks and airplane parts. The self-sustained, mobile and camouflaged rock identifies with the landscape of the Arabah region. The interior has a unique, wonder-filled design that lies between kitsch and simple, warm aesthetic.

The Desert Ark community has chosen to isolate itself from the governmental infrastructure including its defense systems. The community is a hybrid collage of the existing cultures of the Israeli state. The inhabitants include both Jewish Israelis and Muslim Palestinians. Humour and various rituals maintain a state of fulfilment and keep the community active in the closed world of the Desert Ark.

The community was founded by a mixed couple, Yael Gotman, who is a Jewish Israeli, and Safi Hosh, a Muslim Palestinian.

“We could not even act as a couple in the ‘liberal’ streets of Tel-Aviv,” says Hosh of the coastal city administered by the government. “As time went by we started to feel rejected everywhere we went. The only place we felt safe in was the desert.”

“We didn’t start the journey with the aim to create an autonomous community with its own rules and conditions,” he continues. “This project just started out of our own need to create a private safe haven.”

The rock-shaped ark started from an old school bus that the couple acquired. The more self-sustained they wanted to become, the more complex elements the bus required. These elementss include solar panels and a bio digester, which enables containing and sealing toilet waste from oxygen. The digester allows bacteria to survive and to create anaerobic decomposition of the excrement into hydrogen and methane gas that can be used for electricity. The methane is used as fuel. In order to enlarge the shelter, Gotman contacted an old friend from the air force to help with their demands.

“The further we wanted to develop our living infrastructure, the more visible we became in the landscape,” says Gotman. “We had to act in extreme measures if we wanted to stay invisible.”

She admits that they do face challenging moments when it comes to maintain their relationship and their unique infrastructure. However, the comforting moments inside the ark are worth all the frustrating moments.__

Israeli mobile rocket defense system, the Iron Dome, is designed to intercept and destroy short-range rockets and artillery shells fired from 4–70 kilometre distances with a trajectory to hit populated areas. The defense system was developed by an Israeli company, Rafael, and was declared operational in 2011.

The Iron Dome was developed in order to protect strategic assets and citizens of the state of Israel. It is a part of a multi-tiered missile defense system developed by the state of Israel. In addition to the Iron Dome, Israel has invested in two additional defense systems. The Arrow 3 ballistic missile interceptor is designed to intercept ballistic missiles at long distances and outside the atmosphere. David’s Sling, instead, is designed to intercept medium-range ballistic weapons. Both systems are aimed to complement the Iron Dome. Each of the three systems provides defense against rockets and missiles of different sizes and ranges.

“The Iron Dome is first and foremost a political system,” says Yiftah Shapir, 1 the head of the Middle East Military Balance project of the Institute for National Security Studies (INSS) in Israel. “People feel safe and as far as the political leadership is concerned, this is the most important thing.”

Shapir also states that in a democratic country leaders could not ignore their citizen’s most desired wishes, even if the strategic and technological calculations were against the system. If leaders would ignore the wishes of their citizens, he states, they would probably not survive the next elections.__

Commentary: Tales of Spectacle and Destruction

“Americanism has taken over the world,” he said in the 1967 essay, titled Aldous Huxley and Utopia, “[a]nd that world supposedly resembles the utopia whose is foreseeable in the light of technology. But, by extension, it becomes hell. It is made unmistakably clear to the intellectual from abroad that he will have to eradicate himself as an autonomous being. The intellectual reacts to the shock with panic.”

Adorno argued that in the Brave New World, hope for a utopic state becomes the ideal of Americanism. In order to maintain this hope, the human beings begin to find themselves in a state of panic, in which they feel constant need to feed this hope. They fulfil their government’s wishes to maintain the status quo, its power and the image of safety.

The stated goal of the Iron Dome, a defense system developed by the Israeli company Rafael and became operational in 2011, is to protect the strategic assets and the citizens of the State of Israel. Nevertheless, I argue that the image and reputation of the Iron Dome as perpetuated in the Israeli state media is far greater than the Iron Dome’s actual defense capabilities, both in coverage and effectiveness. This becomes clear when looking at the Operation Protective Edge, for instance, a military operation launched by Israel from 8 July to 26 August 2014.

During the Operation Protective Edge, the Iron Dome became the visual representation of safety from harm. The rectangular rocket launch system is now, for instance, a popular backdrop for wedding photos and a great inspiration for the design of birthday cakes.

“I can divide my life into ‘before’ and ‘after’ the Iron Dome,” says Yifat Zohar,3 resident of kibbutz Erez in the Gaza envelope area around 1,7 kilometres from Gaza. “I don’t even want to imagine what could have happened in the summer 2014, had the Iron Dome not been here.”

“For me,” she concludes, “this is the invention of the century.”

What Zohar doesn’t consider is the fact that the minimum range that the Iron Dome can intercept is shorter than 7,5 kilometres. In other words, the Iron Dome is incapable of protecting Yifat Zohar’s home. The system only provides a false sense of security. Not only Zohar, but the majority of Israelis is celebrating a defense system that, in fact, only covers the country’s strategic areas, leaving many of its citizens unprotected.

In a state where the truth is sacrificed for an image of safety, real life becomes a fantasy tale. The feeling of being safe, even if it’s not real, is equal to actually having something that protects you. The image that represents the Iron Dome is as important as the object itself. For Yifat Zohar, the image of the Iron Dome is the only thing that matters.

When writing about the representation of the Bosnian War in the media, Susan Sontag stated that we live in a “society of spectacle”.2 In her book Regarding the Pain of Others, she analyses stories about photographs that falsify the conflict they are supposed to document. Following her train of thoughts, each situation in a similar case is turned into a spectacle to become real – and Israel finds itself in such a case. By showing the image of the Iron Dome as a symbolic answer to each occurring attack, television channels are programming their spectators’ minds. Each shock triggered by a report of an attack is immediately eased by a reminder of safety that comes in the shape of the Iron Dome.

One could say that the tools for a government to maintain its power and utopic state is to foster fear among its citizens; fear of the world outside the state’s borders. The Israeli government has created a state of panic-utopia. The image of the Iron Dome makes the citizens of Israel feel safe. Consequently, the citizens do not question the status quo.

However, in reality, the situation is the complete opposite. The power of the ‘idea’ as represented in images brings serious repercussions with it – including diplomatic and security activities that the Israeli government apply in order to avoid diplomacy. The Iron Dome becomes the hope for protection, a utopic dream that prevents social change since it maintains the status quo and the power of the government that implemented it.

Especially the quiet ‘state of panic,’ caused by an artificial sense of security, in which the image of the Iron Dome plays a crucial role, contributes to an isolation of the Israeli society.

The Desert Ark, in turn, detaches itself from the government that tries to keep its citizens in false state of safety and stability. Nevertheless, this utopic structure functions in the same way that the Iron Dome of Trump’s wall – it is just another version of isolation that bypasses every slightest opportunity of discussion. Even though Yael Gotman and Safi Hosh intend to realize a utopic state inside the Desert Ark, the attempt is doomed to be dystopic. The community ignores the root of the problem that needs to be overcome in the society: fear of the other.

The vision of a land that is combined from various entities could be an inspiration for change that the region longs for. But, if the rooted fear of the other is maintained to be ignored, it will remain a land of many entities, which are terrified of each other and continue to sustain a state of panicutopia.__

BIBLIOGRAPHY
SONTAG, Susan 2003. Regarding the Pain of Others. New York, Picador.

Land of Panicutopia: Tales of Spectacle and Destruction is a part of a fictional design project A Journey through the Land of Panicutopia by Israeli designer Gali Blay. The project approaches an imaginary community, the Desert Ark, though a fictional character, journalist Meggie Rotberger. The scenario is based on facts and embedded in reality. Images and animations made by Gali Blay. With thanks to Anja Neidhardt. 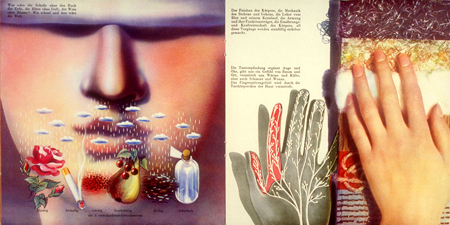 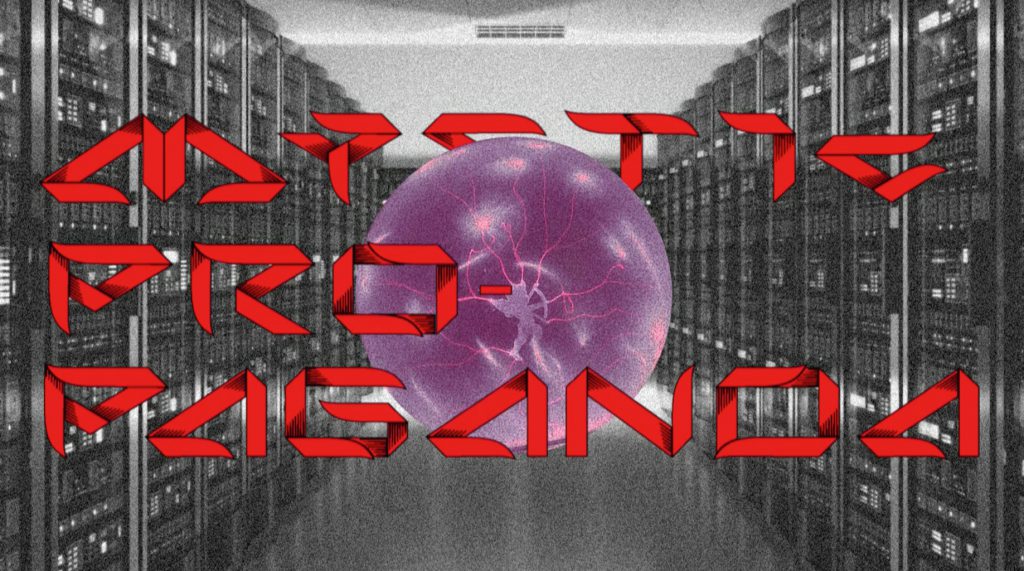 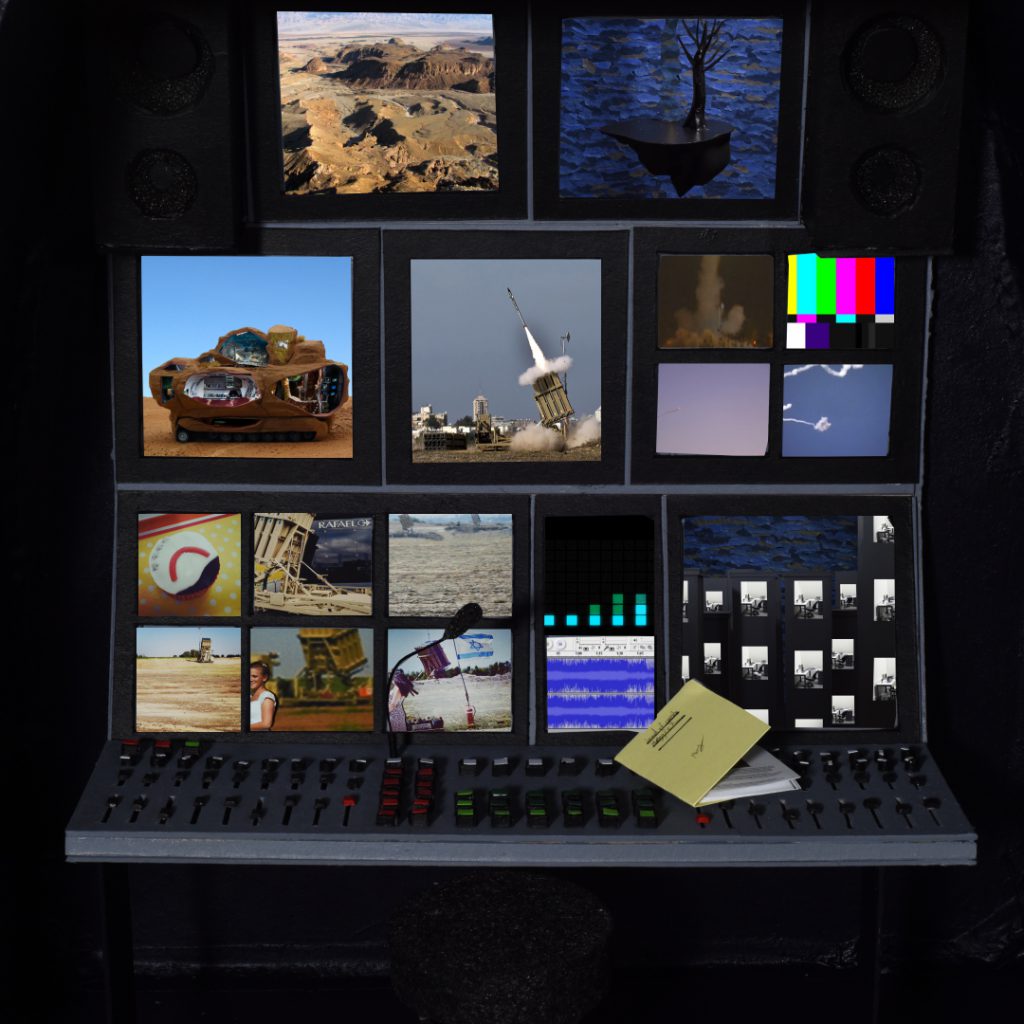 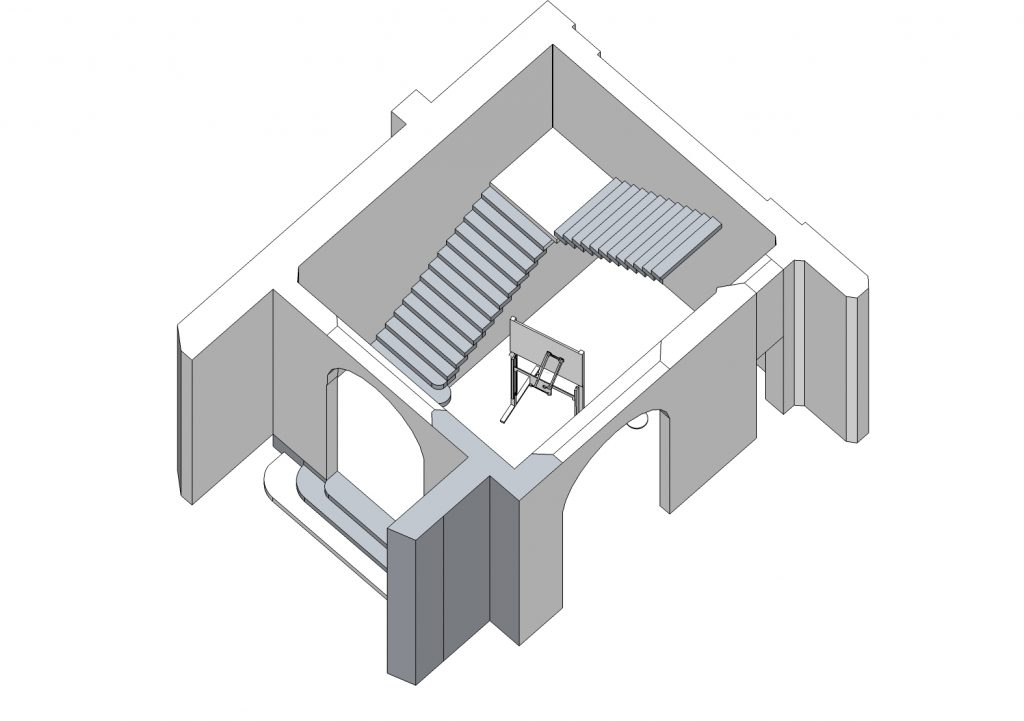 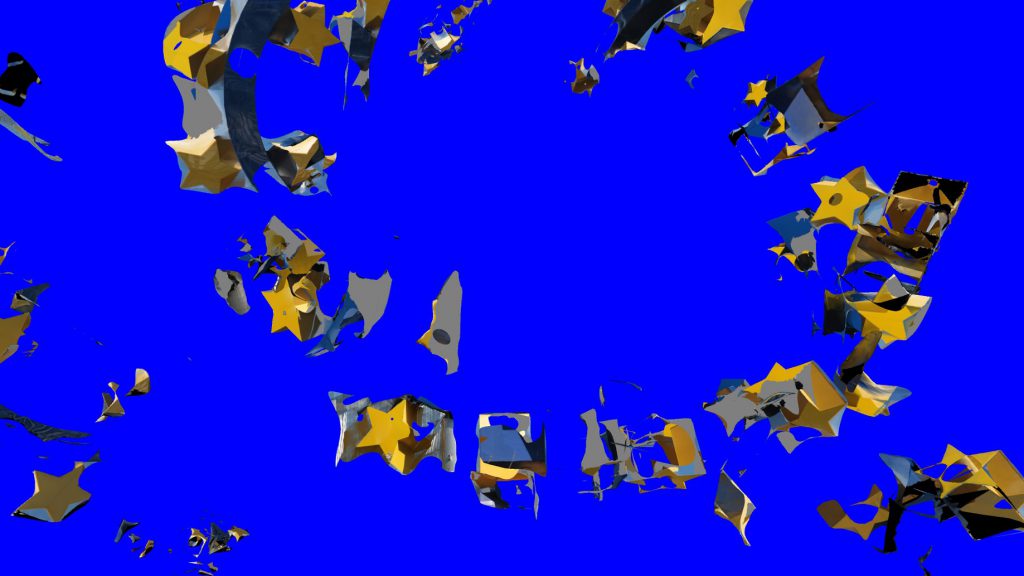 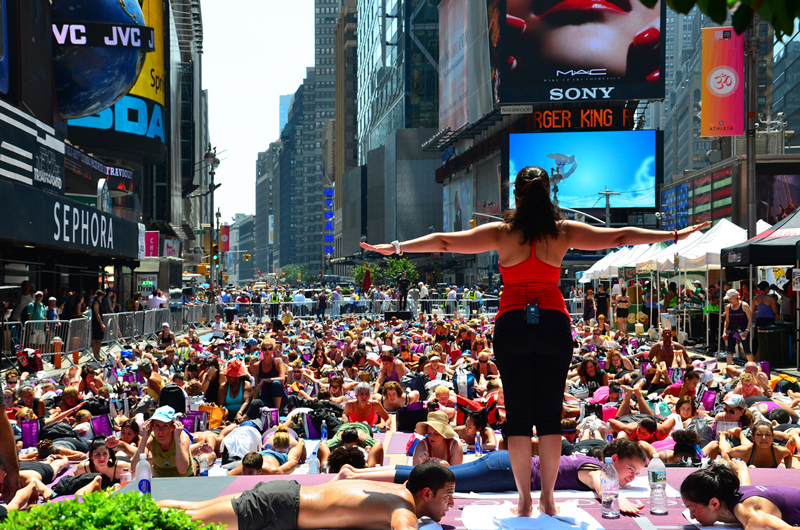 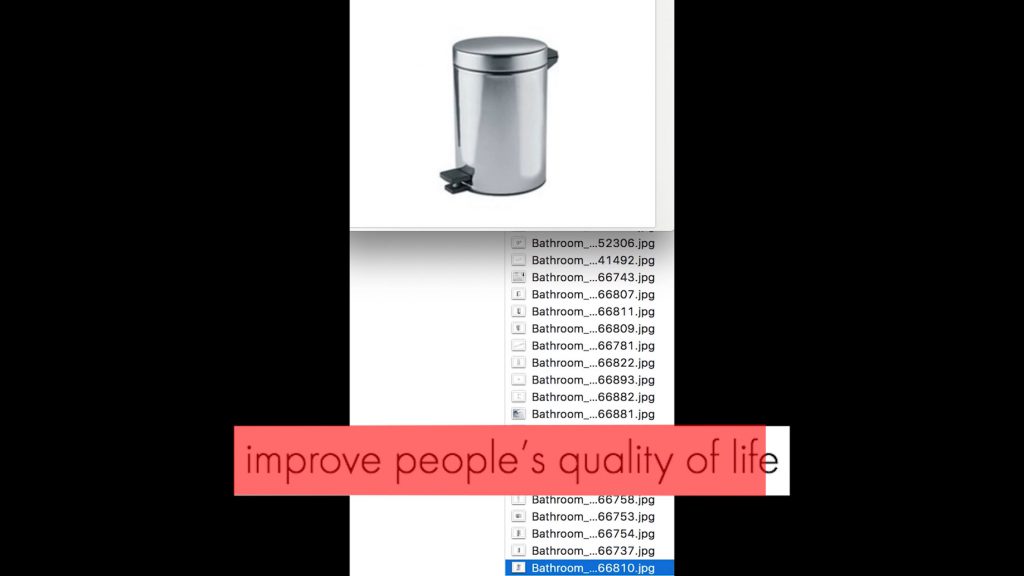 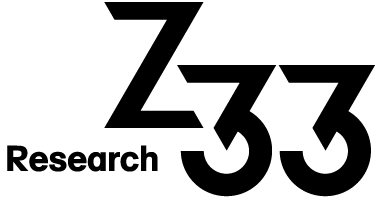 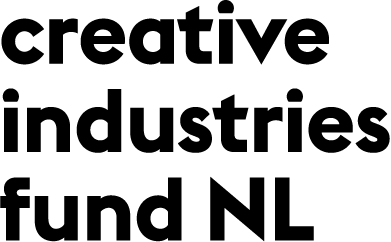